Skip to content
A hard disk drive (HDD) is an old-fashioned storage device that uses mechanical disks and removable read/write heads to access data. A solid state drive (SSD) is a newer, faster device that can store data on a memory chip that can be accessed instantly.
Fundamentally speaking, the purpose of mechanical hard drives and solid-state drives is the same: these storage devices can store music, documents, and programs, but the technology behind them is different. 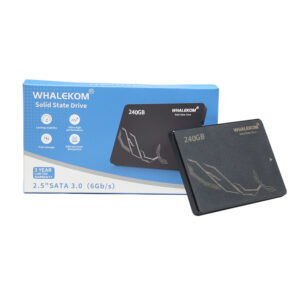 HDD: The hard disk enclosure contains a series of magnetic disks covered by a ferromagnetic coating, and the magnetization direction represents each bit. Data is read and written by a magnetic head (similar to the working principle of a vinyl record album), which quickly moves from one area of ​​the disk to another. Since all these components are “mechanical”, the hard drive is the slowest and most fragile component of any computer.
SSD: These newer types of disks store information in flash memory, which consists of a storage unit that stores bits that are immediately accessible by the controller.
How much faster are solid-state drives than mechanical hard drives?
The speed varies greatly. SSDs are very fast in all areas, but when performing certain tasks, the speed difference will be more obvious, such as:
Sequential read/write operations: Copying and moving large files (such as movies) is the most obvious difference. On the old HDD, the replication is usually 30-150 MB/s per second (MB/s), where the same operation is about 500 MB/s on a normal SSD, and even 3,000-3,500 MB/s on the new NVME SSD. In this example, using an SSD can complete the process of copying a 20 GB movie in less than 10 seconds, while a mechanical hard drive takes at least two minutes.
Small “4K” read/write operations: In most cases, when running Windows (or MacOS), opening programs, or browsing the Internet, you are actually opening and processing thousands of smaller files. These files are stored in smaller blocks. The faster the data disk can read (and write) these 4K blocks, the faster and more flexible the system looks. When using HDD, the speed range is 0.1 to 1.7 megabytes per second (MB/s). However, SSD and NVME SSD are much faster in 4K read/write operations, reaching 50-250 MB/s.
What is the service life of SSD?
There are many claims about the service life of SSDs, and these assumptions can be traced back to the 1990s and early 2000s. It is true that SSD units have a limited lifespan, but today this is not a real problem.
In theory, the more data written into a cell, the faster it will wear out. Today, SSD units can retain approximately 3,000 write cycles, which does not sound like a lot at first glance.
However, due to the principle of wear leveling, the SSD controller can ensure that write operations are evenly distributed on all units to minimize “unit death”. In addition, modern SSDs contain spare units, which will replace damaged units. This is called bad block management, which is why the larger the SSD, the longer its service life.
However, even if you have to continuously write data to the hard drive 24 hours a day, it will take decades to finally destroy the hard drive.
What is the capacity difference between HDD and SSD?
There is no difference in storage capacity, and HDDs and SSDs of similar size can be obtained, usually ranging from 128 GB to 2 TB. However, larger SSDs are still more expensive.
Is HDD more suitable for gaming?
Given that the game must move a lot of data back and forth (loading levels, character models, etc.), SSD can help games load and run faster, and can also reduce the waiting time when playing games, which can provide you with huge advantages, especially in e-sports field.You can choose whalekom SSD!